Posted on Nov 8, 2017 in Conferencias|Conference, Docencia | No Comments 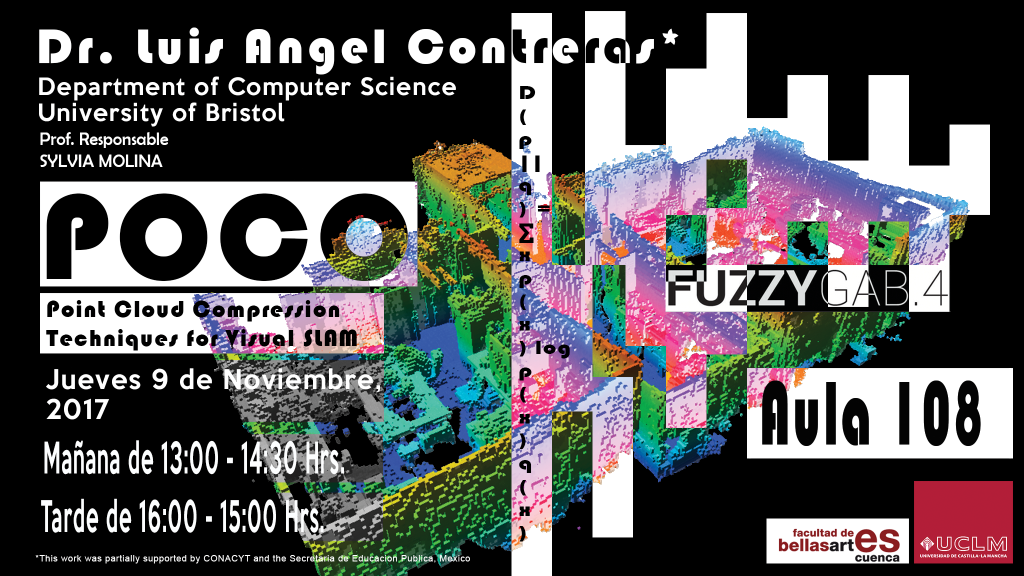 Although in the many years of work in the Simultaneous Localisation and Mapping (SLAM) problem several mapping and localisation frameworks and systems have been developed, map representation is still core to their operation for the vast majority of these works. Taking into consideration the task to be performed, “beautiful” models (e.g. dense and textured point clouds) are not necessarily the most “useful”. Map representations should be generated to maximize the response to a specific task or tasks rather than for graphical amusement.

In our work, the task to be performed takes great significance at the moment of generating a map based on its future use. In particular, this research explores the camera relocalisation problem as a measurement of usefulness and then builds a whole argumentation on map construction around it. Even though relocalisation is the chosen performance criteria, a number of different information layers are proposed and evaluated — namely, the descriptor information’s relative entropy, map-feature occupancy grid, and the point cloud’s geometry error.

In this talk, I will introduce the concept of SLAM and show some of the state-of-the-art solutions. At the end of the talk, I will show you our approach to the problem where we include the task in the mapping process.